In 1979 Elwes made perhaps the first UK performances utilising menstruation blood, titled Menstruation I and Menstruation II, both performed at the Slade School of Art. She was also part of the collective Women’s (Free) Arts Alliance, which offered a women only space for artists, and included performances and other exhibitions, including by the artist Kate Walker. She has focused on filmmaking and the moving image since the ’80s. 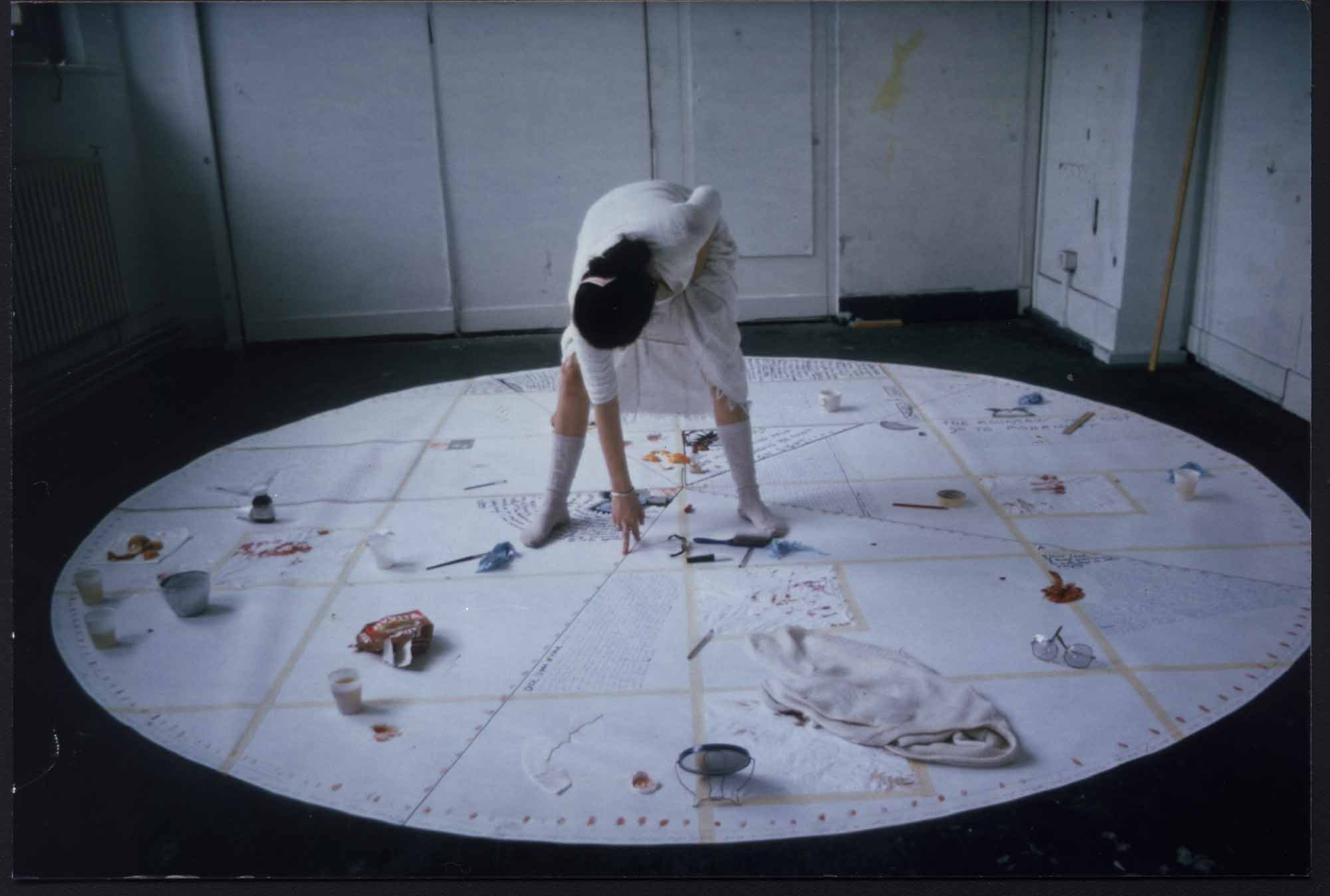 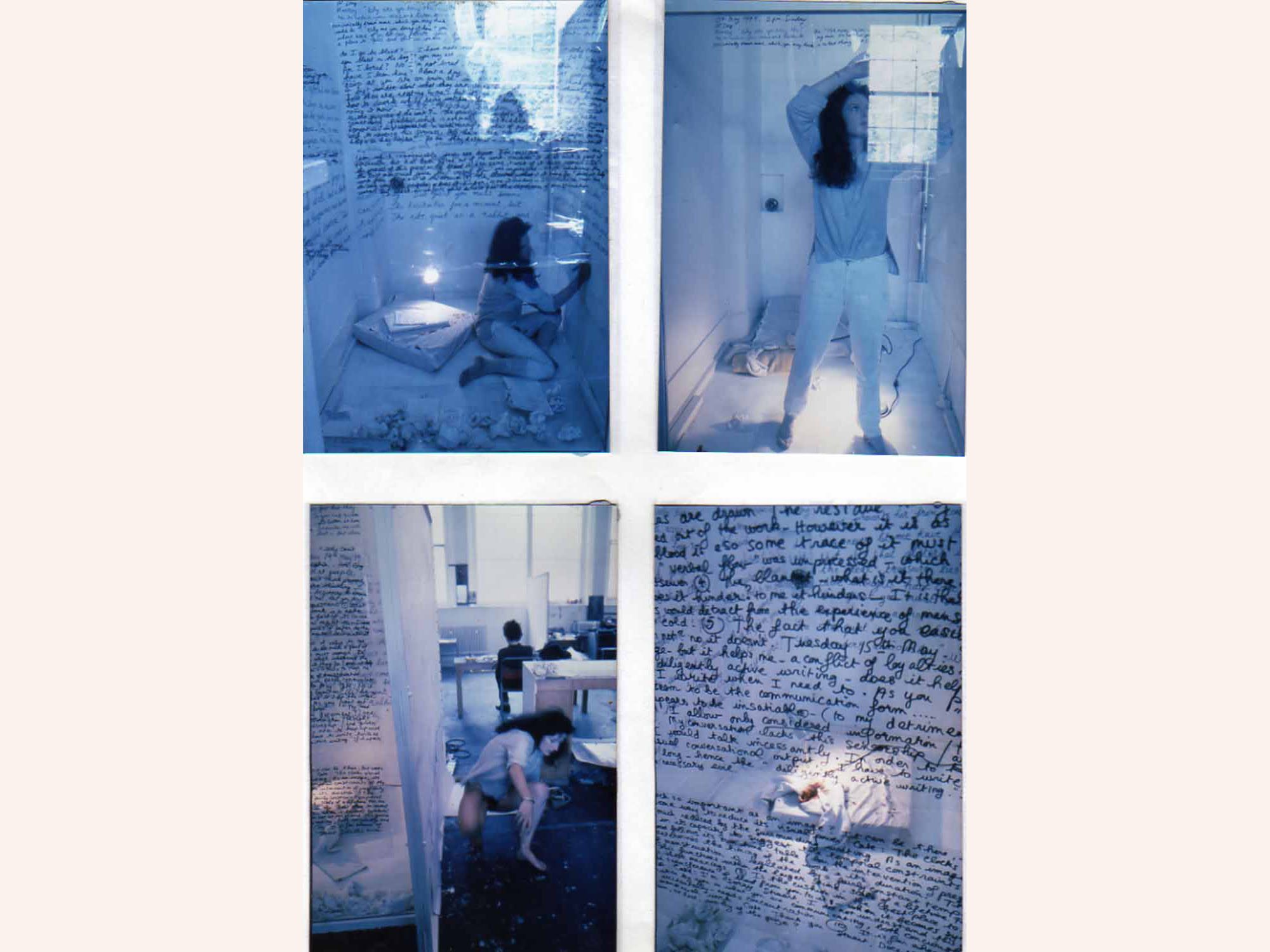