Predominantly working with video, some of Critchley’s early works also included performances such as Three Nights, 1974 and The Tortoise and the Hare, 1978, which involved video and live performance. In the video Pieces I Never Did, 1978/9, Critchley demonstrates his interest in performance by addressing the audience directly through the lens. 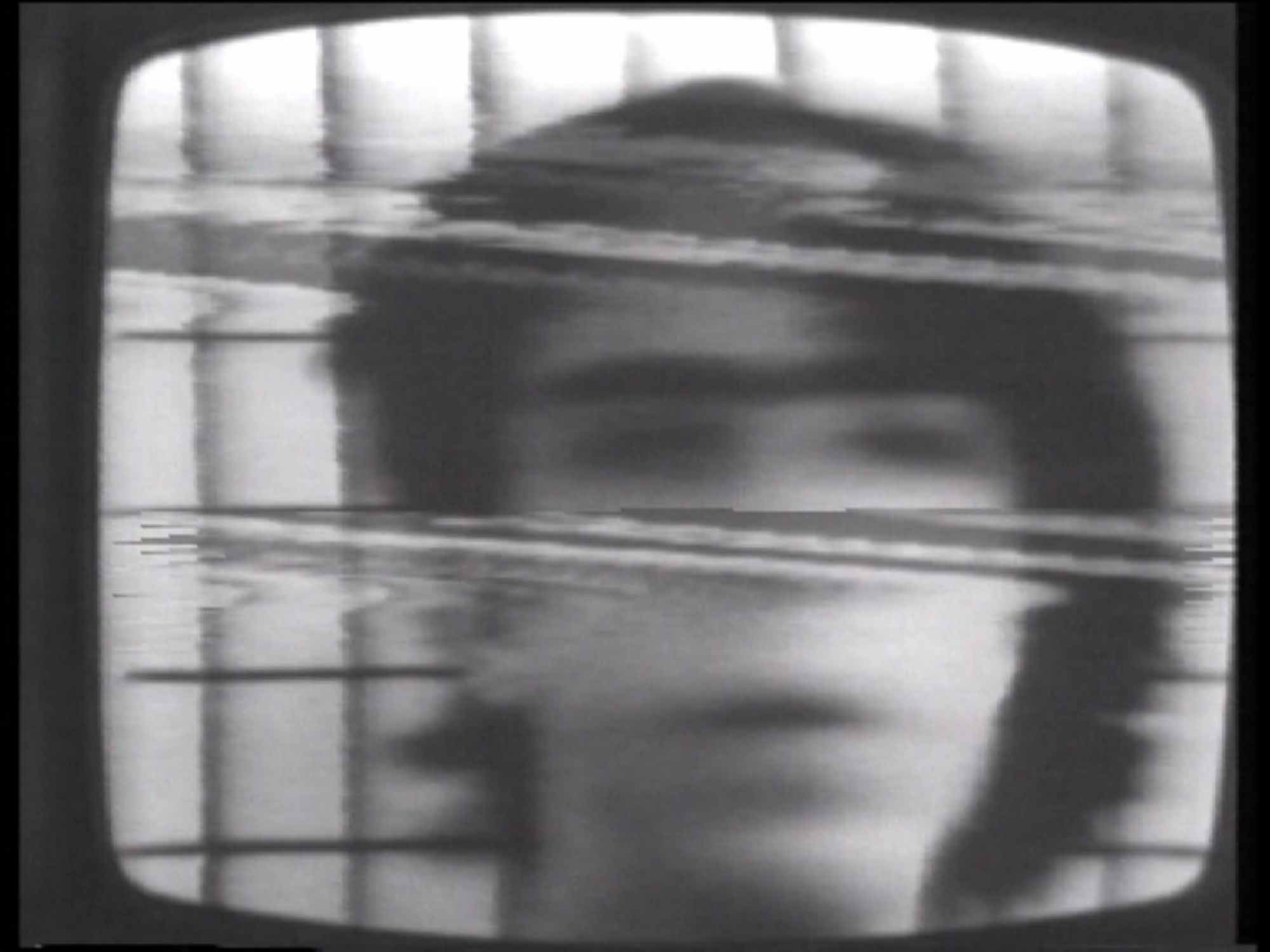 David Critchley, Static Acceleration screened during Pieces I never did at The Acme Gallery, London. Image courtesy of David Critchley and Acme Archive.