Resistant to categorisation, Hinchliffe’s work has often, nonetheless, been termed Performance Art. From a Northern working class background he took inspiration from everything that interested him from working men’s clubs, gurning and music hall. He performed in a wide variety of contexts such as pubs, in the street, on public transport, in art galleries and the Southampton Performance Art festival in 1976. He also had the last word with his regular column in Performance Magazine. 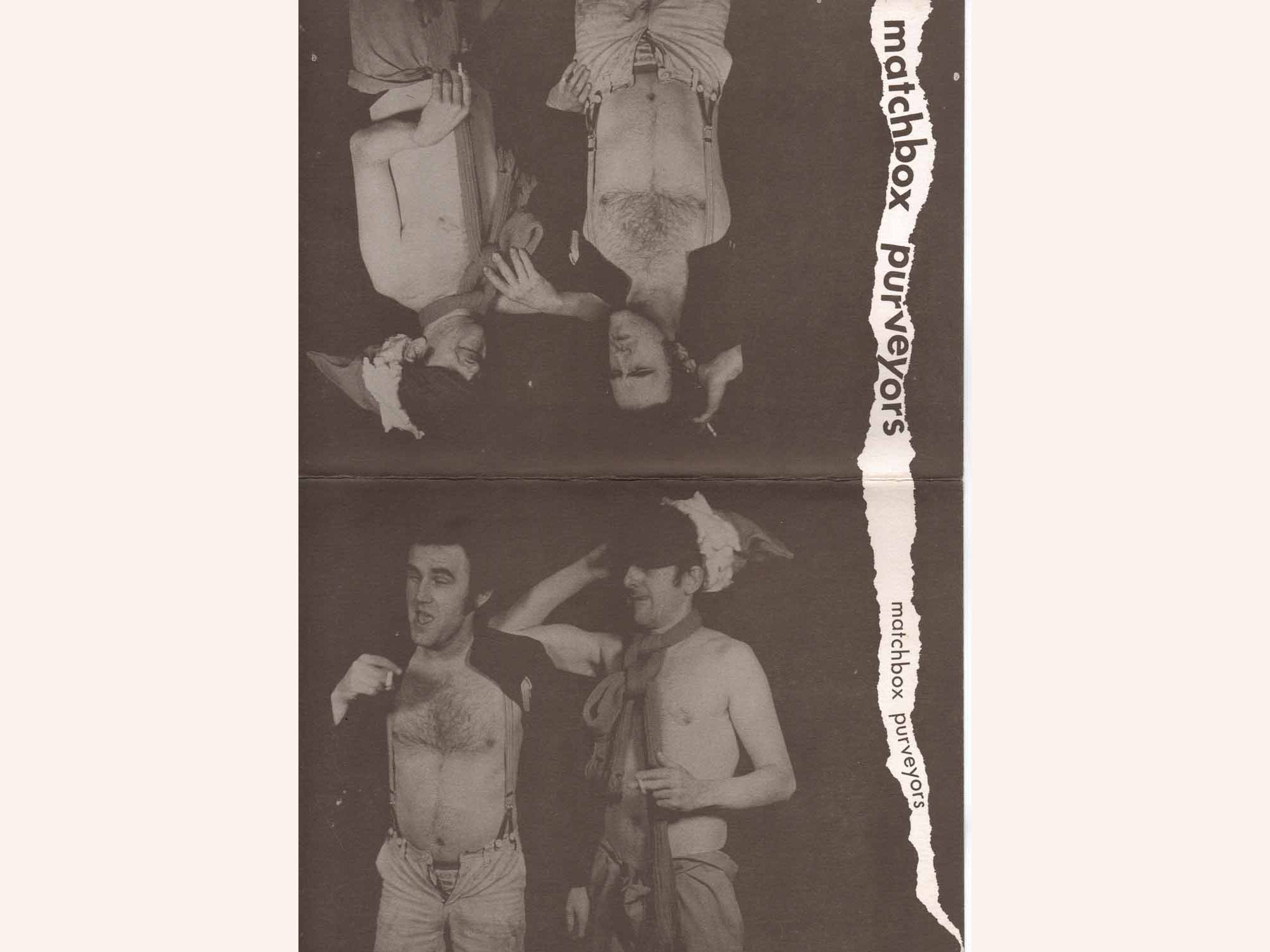 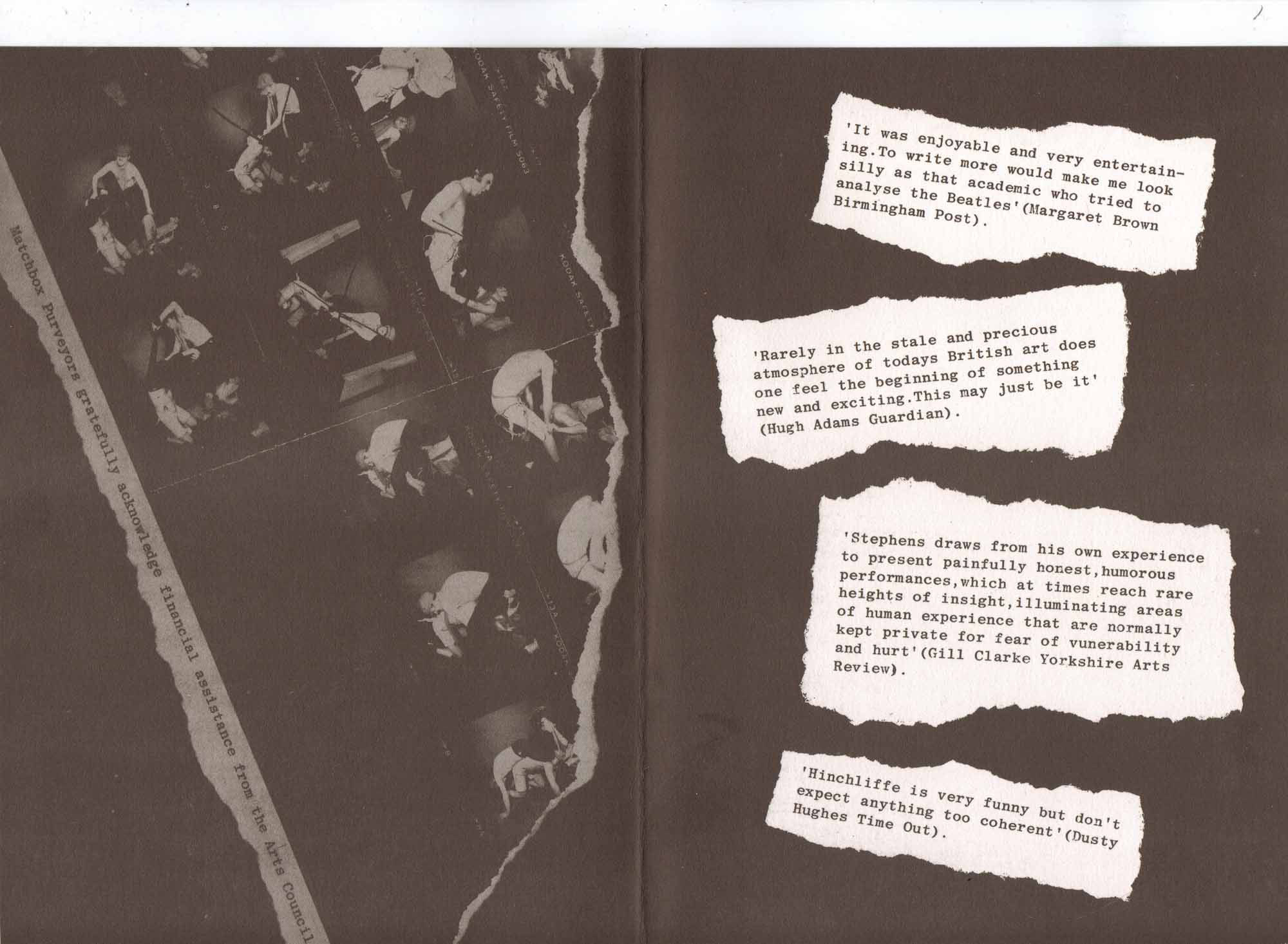 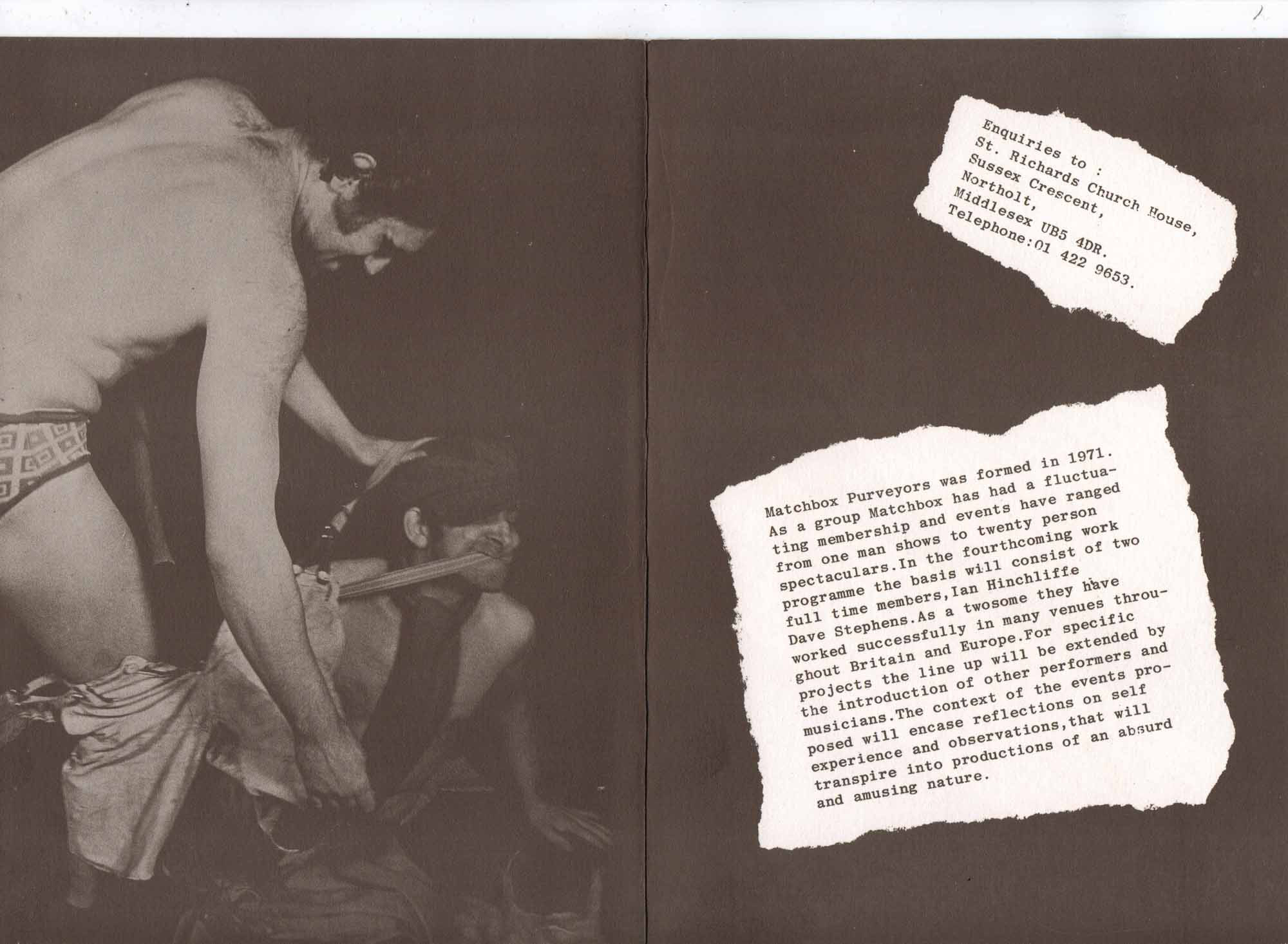 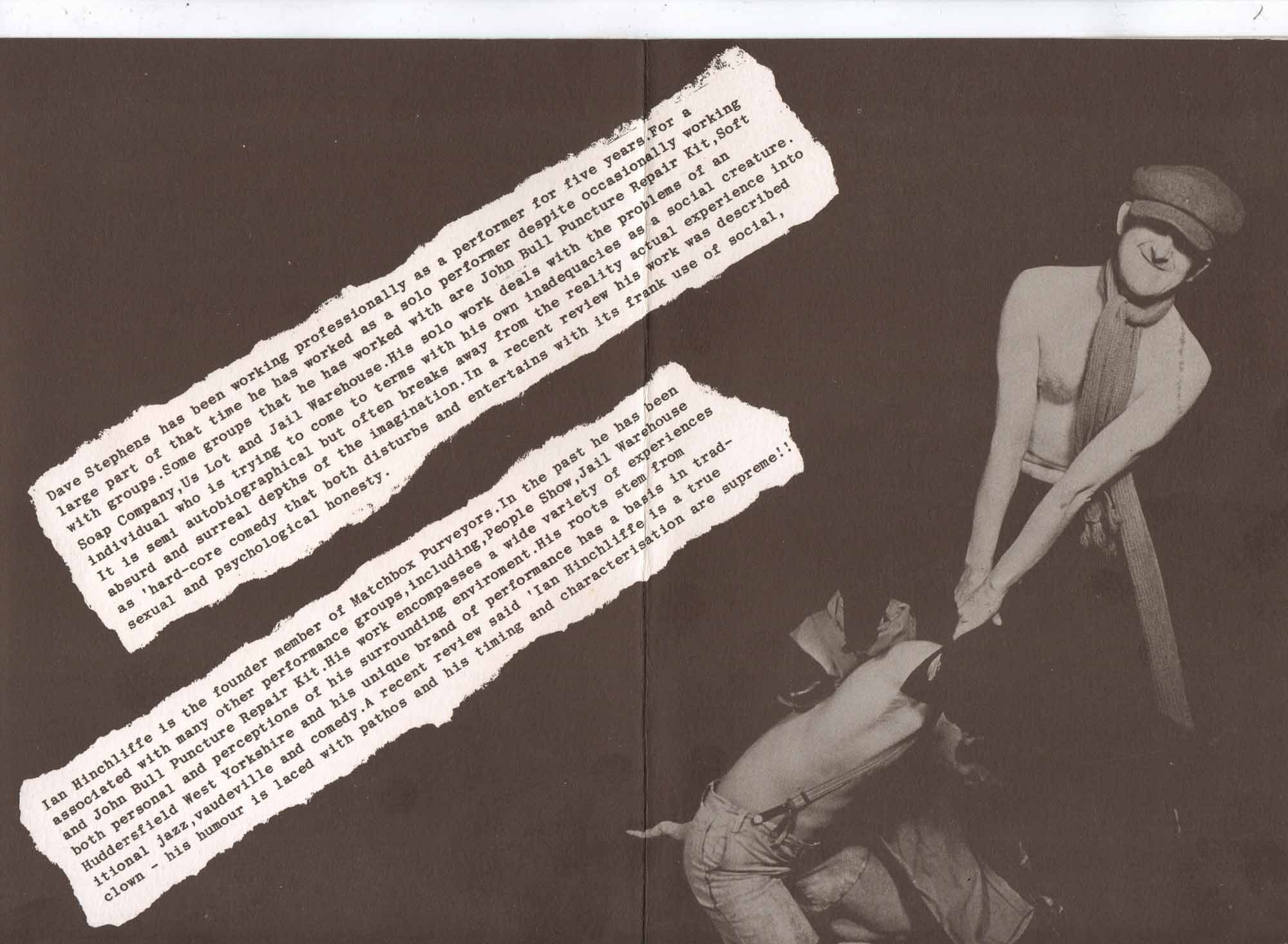