In the 1970s, Howell’s work was predominantly with others in The Theatre of Mistakes, which he co-founded with Fiona Templeton. Performers also included Julian Maynard Smith, who went on to found Station House Opera, as well as Mickey Greenall, Howard Tong, Miranda Payne, and later Peter Stickland and Glenys Johnson. Making co-devised Performance Art works, The Theatre of Mistakes were pioneers for the forthcoming practitioners of 1980s onwards, as they had comfortably intermingled traditional solo Performance Art, theatre, dance and poetry. Howell is also key via his contribution to teaching Time Based Studies at the Faculty of Art, Design and Technology, University of Wales Institute, Cardiff, his role as editor of Grey Suit: Video for Art & Literature and organiser of Cardiff‘s Art in Time.

The Theatre of Mistakes: The Street, 1975, London

MANCIO, Marie-Anne (2009) An A to Z of The Ting: Theatre of Mistakes, Diffusion Online
View Online 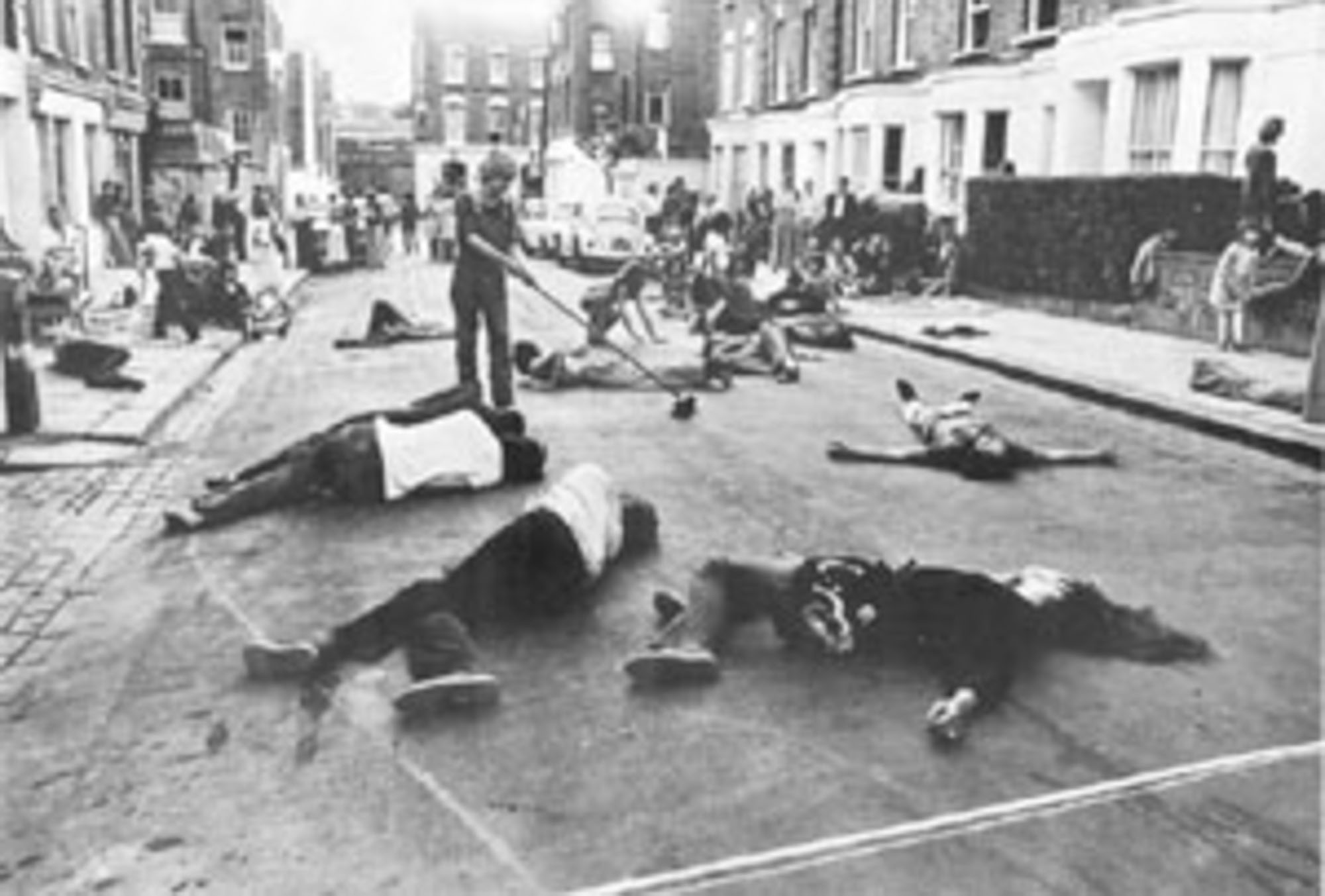 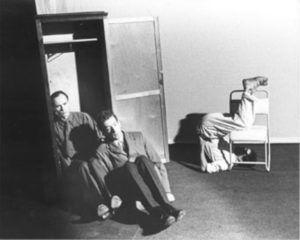 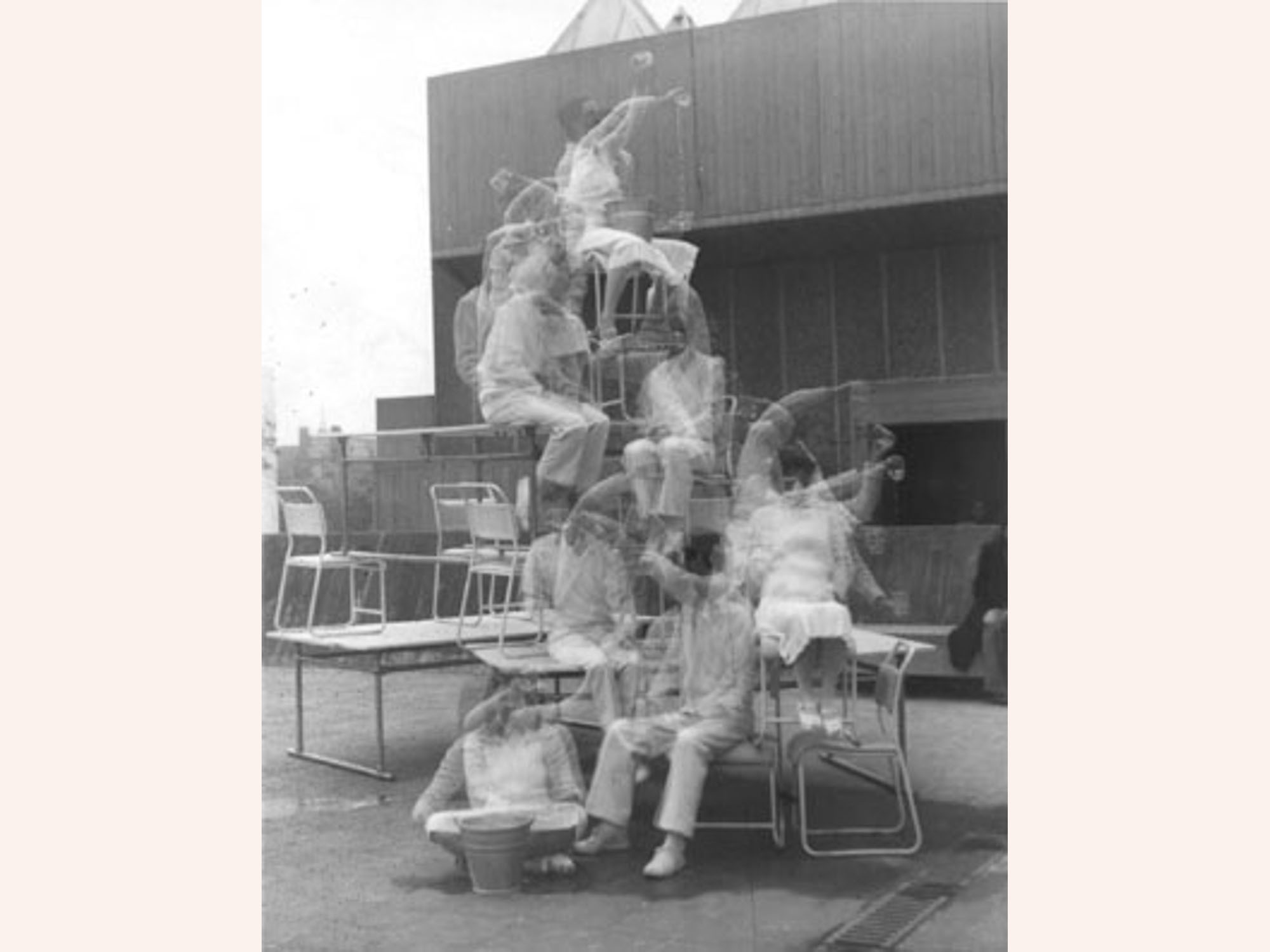