Having first performed NNYN eight years previously, Layzell performed Line Flying in 1978 at Butler’s Wharf, London (when it was artists’ studios rather than expensive flats and restaurants). His renewed interest lay in the potential for activating an installation, the possibility performance had for drawing, and the promise of a direct relationship with the audience. In 1979 he made Normality Performance (Wolverhampton Polytechnic), which, whilst communing with outdoor modernist architectural sculpture, Layzell unpicked corporate ‘normality and identity’, descending humorously into chaos. 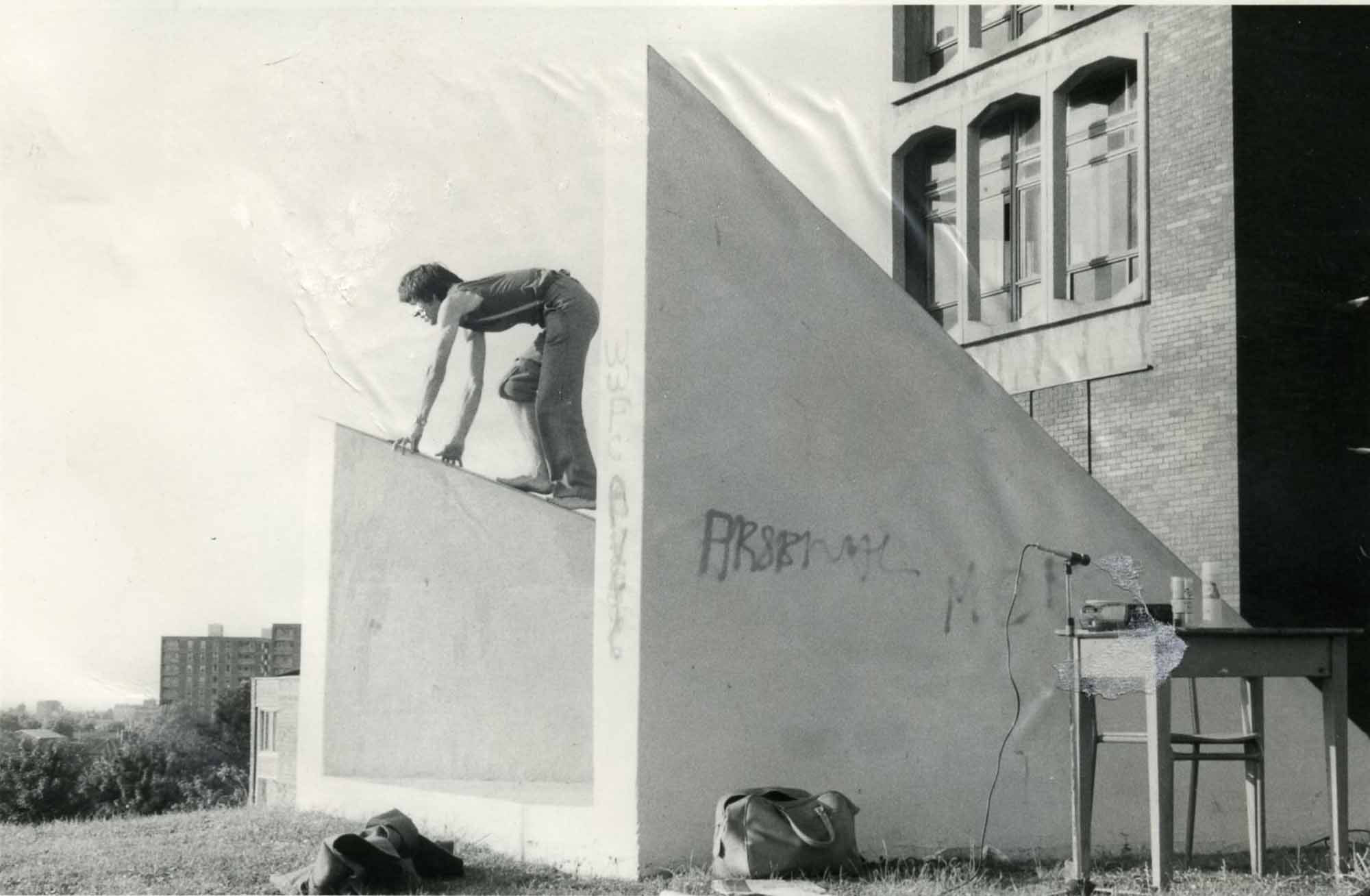 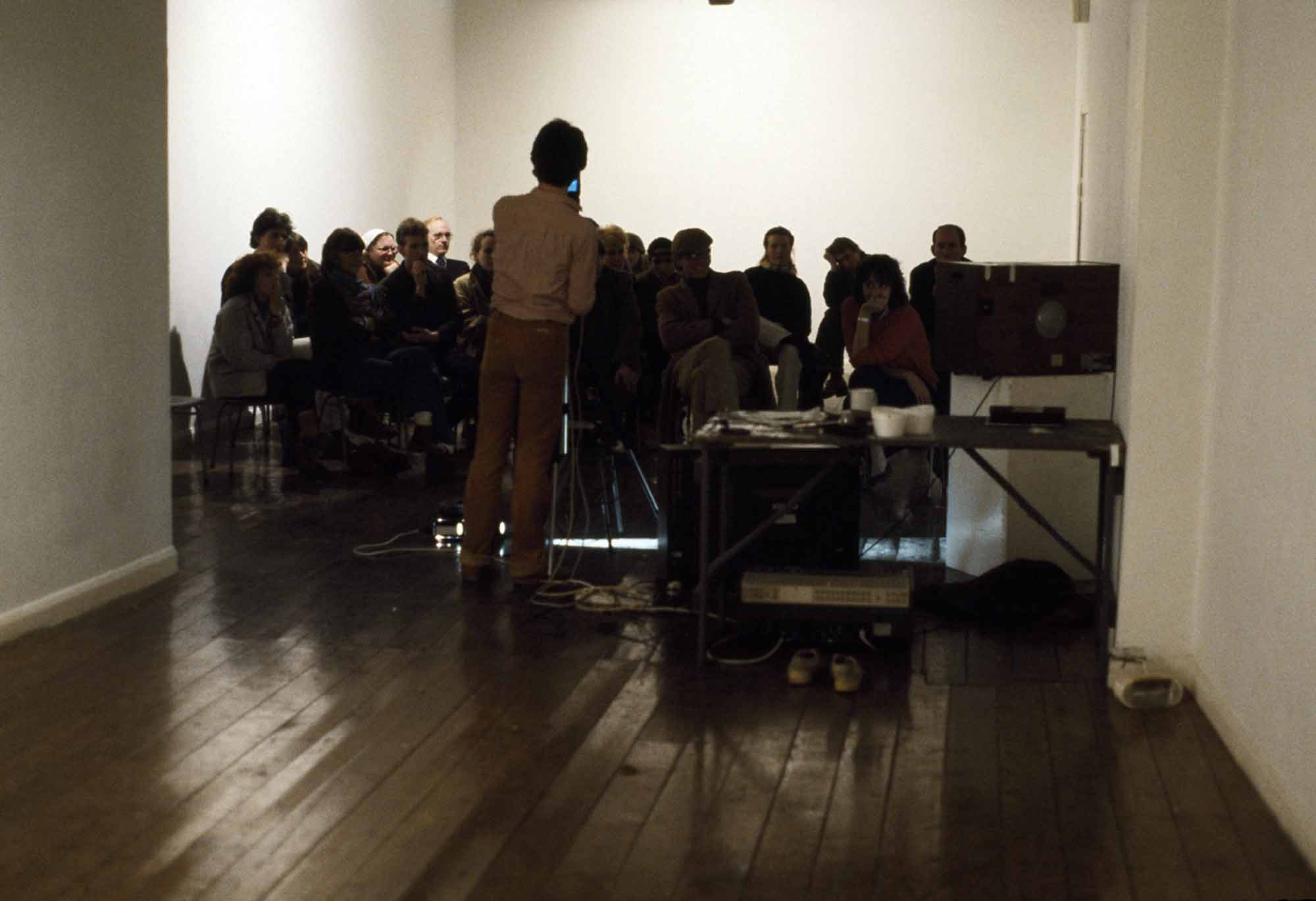 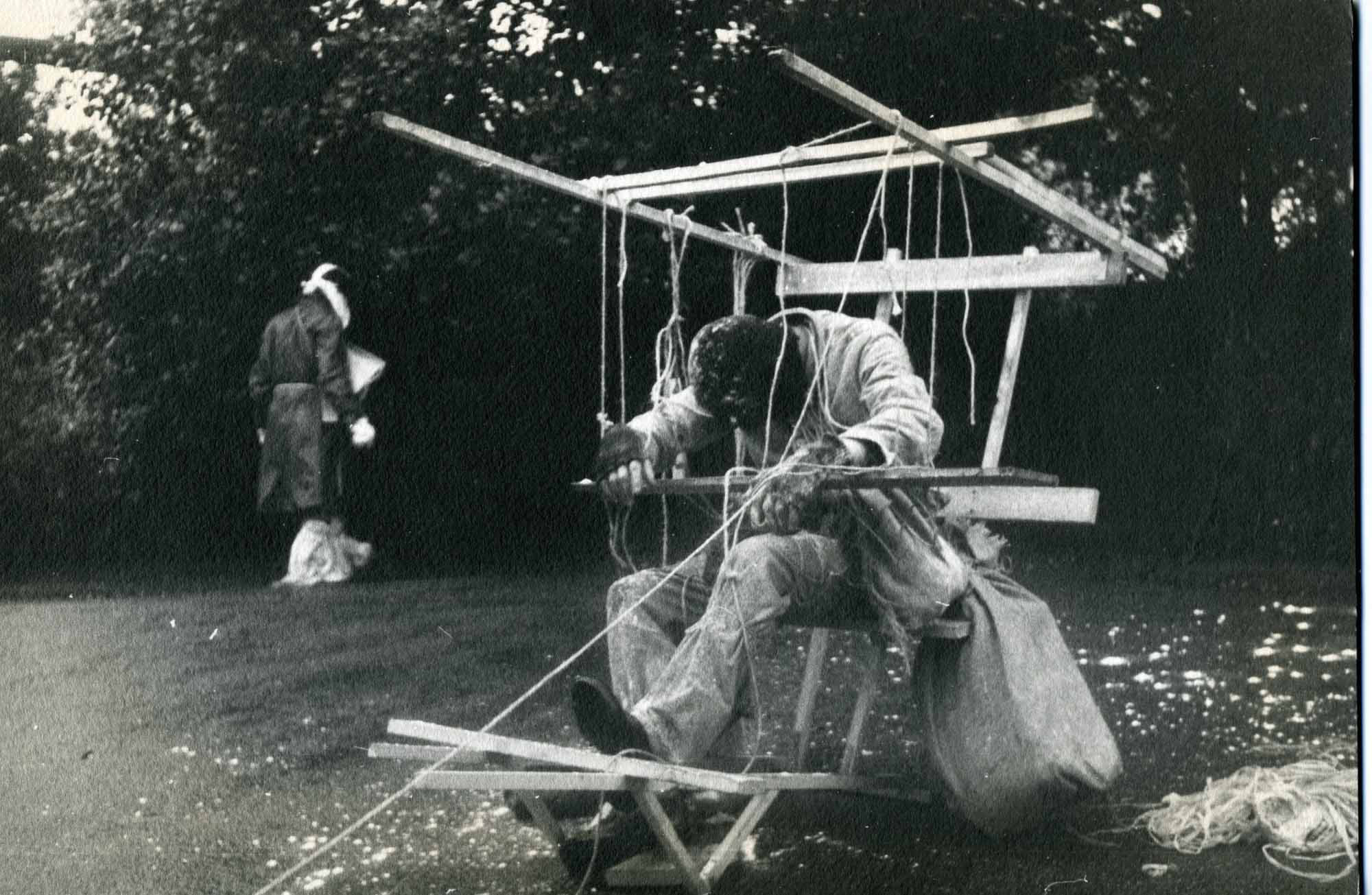